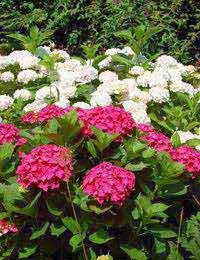 Roses may seem like the only option for a romantic anniversary bouquet, but when it comes to anniversary dates there are many ways to mark the event with symbolic flowers.

Understanding the meaning of flowers when given within a marriage, the traditional flowers used to mark specific wedding anniversaries, and flowers of the month which can be used for any kind of anniversary or occasion should give you some new ideas on how to celebrate an anniversary in style.

The Meaning of Flowers Within Marriage

Flowers have been given as gifts between lovers for centuries, and throughout this time a language of flowers has evolved. While flowers can mean different things in different context, the meanings of flowers given within a marriage can vary widely. Flowering almond, for example, means hope while ambrosia is a symbol that someone's love is being returned or reciprocated. Arbutus symbolises true love while pink camellias signify longing. Gardenias are representative of sweet love, and jonquil represent desire. But not all flowers carry positive messages.

For example, butterfly weed is a message that the giver needs to leave or escape while purple hyacinth expresses sorrow or begs for forgiveness. Rhododendron conveys a message of caution, while scabious is emblematic of unfortunate love. Understanding the language of flowers within a marriage or relationship allows for deeper meanings to be conveyed through beautiful floral arrangements.

Much as there are traditional gifts to give on specific wedding anniversaries so too are there flowers that correspond to specific years.

Flowers of the Month

There are many options for coloured flowers for anniversaries, some of which include greater meaning than just style or beauty. The meaning of flowers given within marriage, traditional flowers for wedding anniversaries and flowers of the month are all options to explore when giving flowers for a specific occasion.